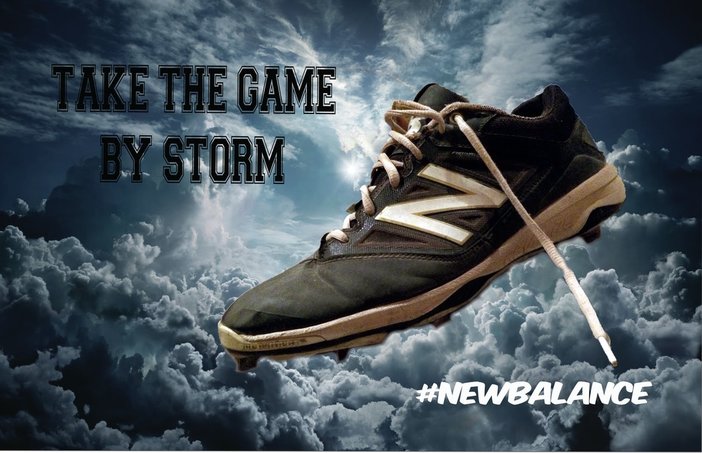 I looked up many shoe ads and found some similarities between them all. They have very limited text, which is usual a phrase or slogan of the company. Also the shoe is blown up and usually fills up the whole ad and somewhere there is the name of the company. I kept these in mind while making my own shoe ad. This is a picture of one of my New Balance baseball spikes. For this I used the magic wand tool to take the shoe out of the background of the original photo. I then found a picture of a storm and used it as the background. This ties in with the phrase I chose to use in the ad, take the game by storm. I then added the name of the shoe brand in the bottom right corner. 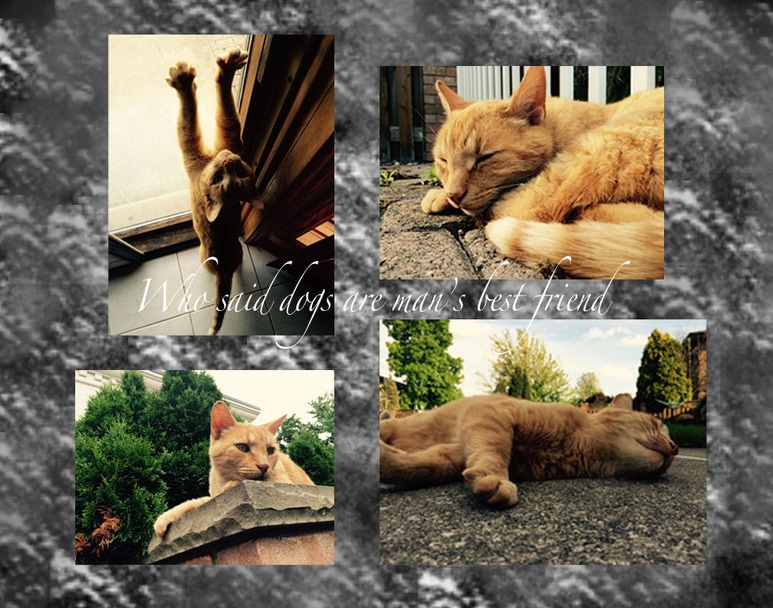 This is a multi-image layout of my cat, Tiger. I decided to chose him as the focus because he is very loyal cat  (follows me around everywhere I go) and he is photogenic. These pictures flow very well because they all cam from around my house. For these pictures, I didn't have to make him pose, I just let him do his own thing and captured what he did. I tried to get a wide variety of shots and different camera angles that aren't usually done with cats to make it more interesting. I used a combination of brushes for the background and tried various different colour possibilities. I ended up with the grey as I felt it fit the best. I also included the text, Who said dogs are man's best friend. This implies that cats are better than dogs. 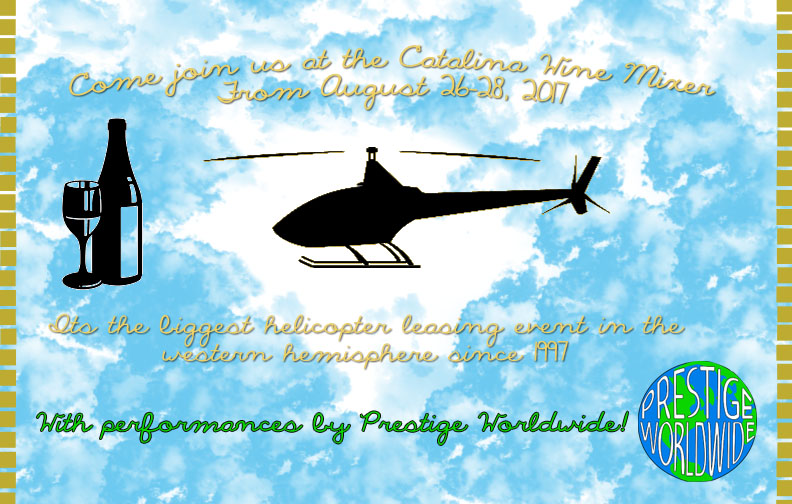 This is an invitation to the Catalina Wine Mixer. For this I included wine and a helicopter as this is a helicopter leasing event. I made the background using multiple types of cloud brushes to add to the whole theme of helicopters. Then, I made the borders on the two sides to make the invitation more elegant as this is a very high-end event. I included some text that tells the reader all they need to know in a very precise manor. I added the group Prestige Worldwide in the invitation because most events advertise the entertainment.
Powered by